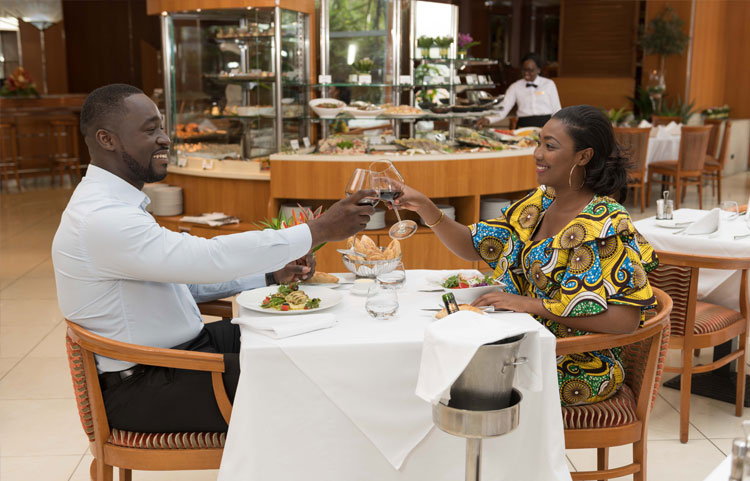 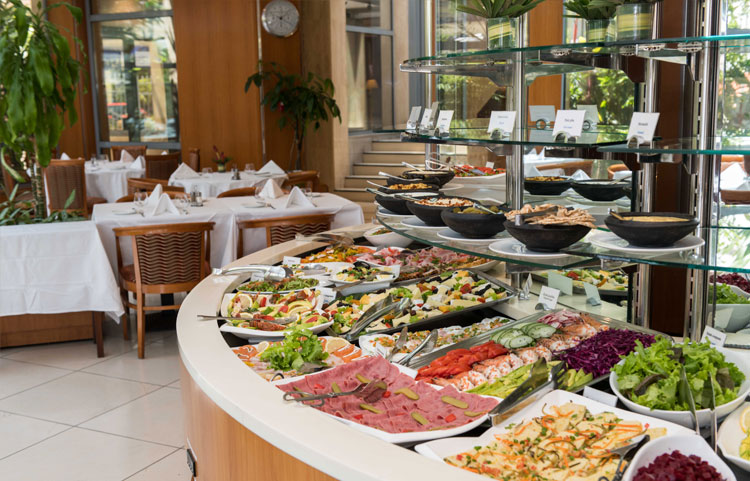 Welcome to the restaurant l'Ambassadeur

The restaurant "L’Ambassadeur" offers fine, international and local cuisine. At noon, a buffet is offered for a quick and quality meal at Plateau. For dinner, travel through our menu and our art-deco atmosphere

Born in Lebanon, The Chef Nabil El Khayal spent his childhood in Nigeria, and it is with his grandmother and mother that his love for Lebanese cuisine was born. After graduating from the ITHQ of Montreal and spending years behind the furnaces of French and Montreal restaurants, he returned to Lebanon to go back to his roots and draw inspiration. Passionate about forgotten recipes, it is with Chefs, audacious cooks and mothers of gifted families that he perfects his apprenticeship in Lebanese cooking before returning to Montreal for the opening of the restaurant Zyara. 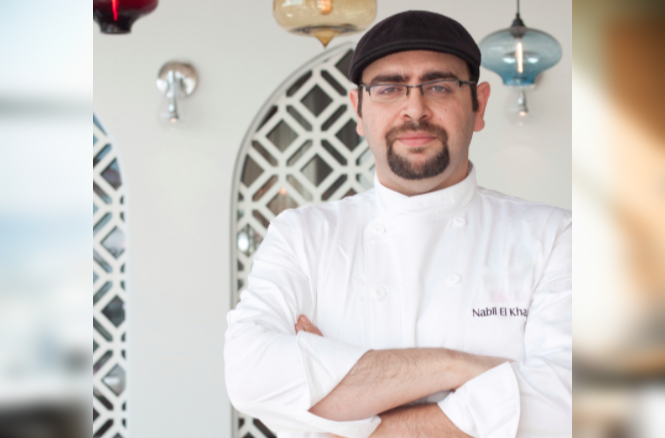 Later, The Chef El Khayal headed back to Africa and took over the kitchen of Hotel Tiama in Côte d'Ivoire. His cooking is inspired by his travels, which allowed him to create a cuisine that reflects his image: simple, modern and inventive while remaining bound to tradition. 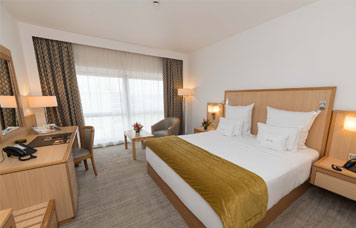 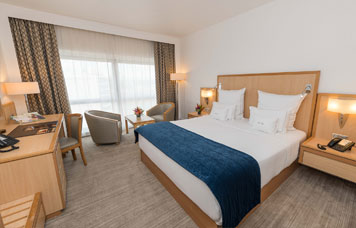 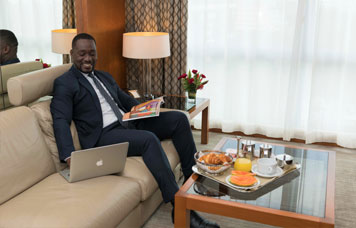 Junior Suite Equivalent to a "Superior" room and all its services, supplemented by an independent lounge. Ideal to welcome your guests. 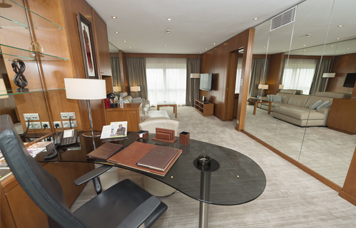 Executive suite Luxurious room with a sober and modern face with a bird’s-eye view of Plateau, the business district of Abidjan.